All of the ranged weapons accessible to their respective ranks are internally hitscan, but with a cosmetic tracer. This doesn't mean that you shouldn't give lead to whichever target you are shooting at with guns, because lag can affect the weaponry. The only exceptions are the loadouts at PBSTTF (opens new window), PBRF (opens new window), and PBHQ (opens new window), with them being hitscan/having extremely fast projectiles.

Tiers get access to a Pistol, Rifle, and/or Submachine Gun depending on their rank. They also recieve a Taser and Riot Shield(More on that later).

First, we need to know as mentioned above, that these guns are internally hitscan. This means you must learn how to lead your target, or predict where they will be when you shoot and the projectile reaches the target, because you need to account for lag. This obviously requires a lot of practice to get a hang of, and that's why there are resources to help with that.

At the PBSTAC (opens new window), there are three ways to improve your accuracy as a Tier:

A helpful tip is to always aim at the head of your target, then lead it, depending on the range.

The Taser is a ranged weapon with the purpose and function of stunning your enemy for a short time. This tool is very useful for gaining an edge over your opponent, as they are unable to move, and thus makes shooting them much easier. The stun effect usually lasts around 7-10 seconds, more than enough time to finish someone off while they can't move. Example of stunned enemy: 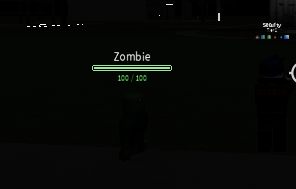 While the Taser can stun people, it is not recommended to be used in the core as there is an invisible block preventing you from taking damage when tased.

It is recommended not to be reliant on the Taser while patrolling or defending PBCC. You have been warned.

Shooting behind cover is a tactic that allows for damamging your opponents without taking damage back. An example of this is hiding in the reactor power room in PBCC or PBSTAC, behind one of the corners. 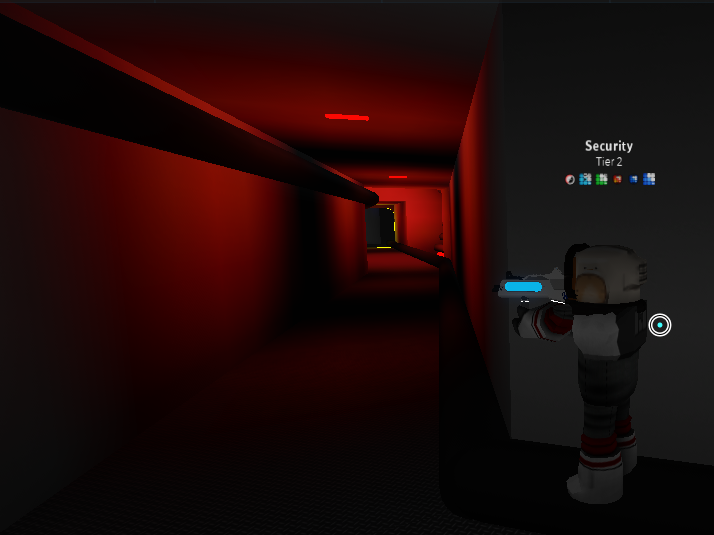 There are other places to use cover effectively against enemies, such as the barrier right outside the cooling fans control room, to the right of its enterance.

The OP Weapons (opens new window) gamepass is a loadout that consists of the following items:

The Gamma Spec Sword is a very powerful melee weapon, killing in just a second of a lunge attack(This will be a weapon we come back to later).

The OP Pistol and OP Rifle deal about the same amount of damage as PBST/TMS Pistols and Rifles. The main difference when it comes the OP Weapons is the very powerful melee weapon, and a very powerful Submachine Gun to go along with the melee. The Submachine Gun deals 25 damage per hit on the limbs or torso. A headshot deals around 30+ damage.

If you are using OP Weapons on-duty as PBST, you are to treat them as if they are PBST loadouts. This means you must still follow the weapon usage rules in the PBST Handbook.

First, we need to know that swords are only accessible on patrol to Special Defense+, or those with OP Weapons. If you are without a sword, there will be later tips included in here about how to effectively use a baton to finish off an opponent.

There are many ways to practice Sword Fighting, such as:

A very important tip is to time your sword lunges correctly. If you try to attack an opponent while their sword is lunging, it is a guaranteed way to end up with your Roblox character in pieces. For additional help, watch the Lunge Timing Video (opens new window) by Roblox Sword Fighting tips to get an additional understanding of this.

Another tip is to keep to the left of your enemy, to avoid their sword when attempting to strike. Here is a visual example (Credit to ConsciousConflict):

The Baton is a lot weaker than any sword that you might be able to use while patrolling, so it is important that you learn how to effectively use it. The Baton isn't something you charge in with against an OP Weapons user, do NOT use it unless you have to.

The Riot Shield Tiers are able to use blocks projectiles from guns. The downside to this is that it doesn't cover your Roblox character completely, and that you cannot attack back, along with only blocking projectiles your character is facing towards.

While the Riot Shield can block ranged attacks, it is not able to block explosions from a rocket launcher or protect you from melee attacks.

Always remember that practice allows you to get better at combat, and improve your skills. Practicing of combat skills does not have to be limited to games by Pinewood Builders, there are plenty of other games where you can fight others and learn from those places. You can also ask others experienced in combat to give you tips or help you improve your skill.

← Trainings and ranking up 🔓 Special Defense, Trainers and assistants →